Vitess adds two more components in the serving path: VTGate and VTTablet. VTGate is a proxy layer of a Vitess cluster, it knows how to route the query based on the schema and VSchema. VTTablet is the component that runs together with the mysqld process. VTTablet is the one that manages the mysqld for a shard and it talks to mysqld via local sockets. VTTablet has different types, the primary tablet needs to sit on top of a writable mysqld. Thus, write requests have to be routed to primary tablets.

A replication group constitutes a shard. Nodes within a shard share the same data through replication. The membership of the shard is stored in a topology server.

VTGR is a stateless orchestration component that glues Vitess with group replication. It acts a bit like a mechanic on an assembly line, checking the functioning of the system and repairing parts of it as needed. For every shard, VTGR will periodically pull Vitess topology and mysql group for diagnosis. Based on the diagnosed result, VTGR will execute corresponding repair actions. 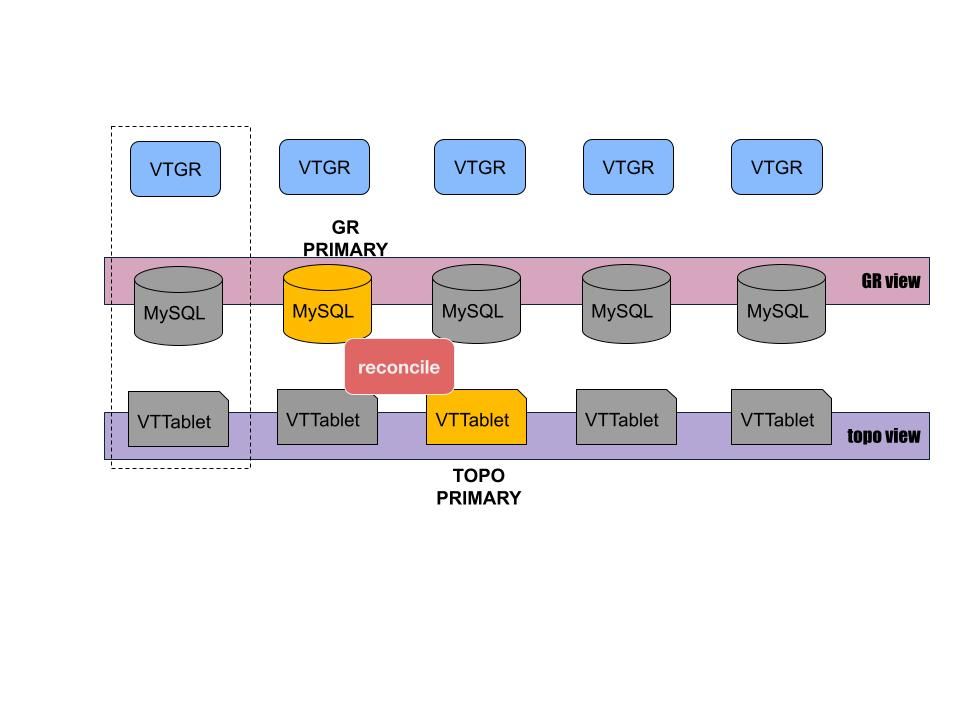 The failover behavior above can be captured in the following activity diagram: 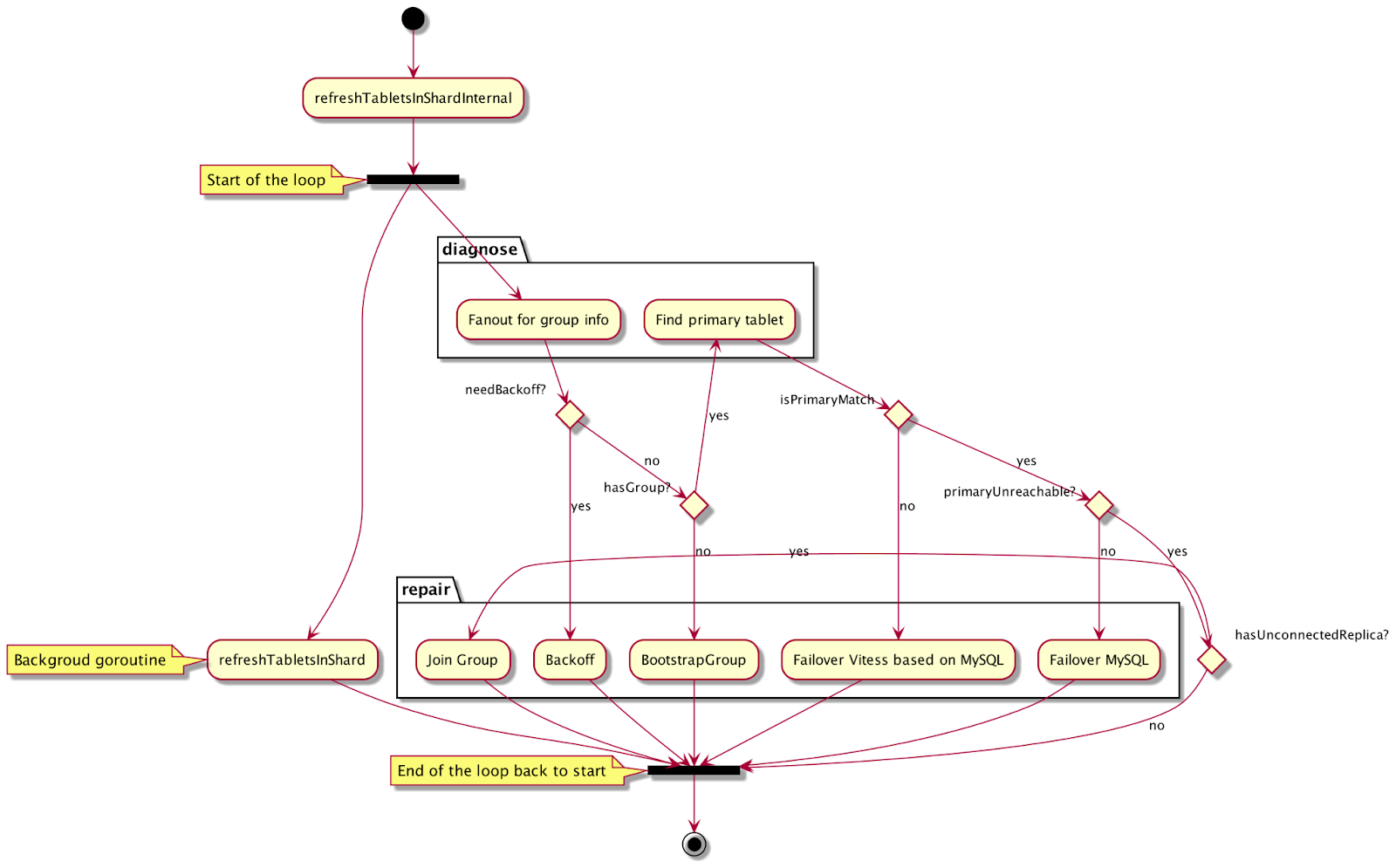 Group replication is configured in single primary mode. From our experiment, VTGR only introduces a very small amount of overhead. An unplanned primary failover takes about 8 seconds to finish and the majority of the time was spent by MySQL group itself. This means within a healthy AWS region, our storage layer can recover from a node failure (e.g., disk failure, network failure, etc) in 8 seconds, this provides us with a baseline for availability and reliability for future improvements for our customers.

The existing VTGR has run through multiple rounds of integration testing and chaos testing, but there is more work to be done: The current version of VTGR only supports group replication in single primary mode. It would be valuable to explore the multi-primary mode in the future, which should provide lower failover time. There are strict compatibility requirements for a MySQL group. This can be improved by fetching MySQL version in VTGR and instructing VTGR to follow those rules to support operations like version upgrade.

This project has benefited a lot from the entire OSS community and VTGR has now been accepted by Vitess upstream officially. We are always looking forward to getting feedback from the community.

This work wouldn’t have been possible without continuous advice and support from various people from the community: Deepthi Sigireddi, Harish Mallipeddi, Meng Wang, Shlomi Noach, and Sugu Sougoumarane.