Let’s first give some background and explain why schema migrations are such an issue in the databases world, and then dive into implementation details

The relational model and the operational overhead #

The relational model is one of the longest surviving models in the software world, introduced decades ago and widely used until today. SQL is similarly old and solid, and you may find SQL or SQL-like languages even in non-relational databases.

The relational model makes sense for many common use cases, and entities with attributes (tables and columns, respectively) map well to popular constructs like users, products, memberships, messages, etc., and SQL is expressive enough to be able to construct both simple and complex questions.

But historically, the relational model came with a price. While many database systems optimize for reads and writes, they do not optimize as much for metadata changes, and in particular for schema changes. And one of the greatest challenges with such changes is that they require an operational undertaking, and are mostly outside the developer’s domain.

In the early days, it was common for database administrators (DBAs) to act like databases’ bodyguards. They would hold off “crazy requests” from developers. Requests for changes would go through lengthy procedures and paperwork.

Thankfully these days are mostly behind us, and we work more collaboratively with continuous deployments and rapid development. Alas, the new change intensifies the problem. In the old days, you’d make a schema change once a month; maybe even once in a few months. You’d plan for this, literally ship a new version for this. Today, it’s not uncommon for the busiest database deployments in the world to run multiple schema migrations per day.

Which re-introduces and intensifies the schema migration problem: the process is mostly outside the domain of the developers. It requires them to be database experts. With multiple migrations per day it requires them to collaborate and sync with other developers in ways that are not compatible with their development flow (e.g. it’s completely unlike comparing and merging git branches). In small companies, you’ll see developers just owning and running their migrations as they see fit, but that doesn’t scale, and the larger the product and organization, the more there’s a need for a more formal flow.

In the MySQL world, direct schema migrations are blocking, if not on the primary then on replicas. They’re aggressive on resources and can’t be interrupted or throttled. Online schema change tools have been around for more than a decade, but they introduce their own complexity: you’d need to install them alongside the database, allow access, schedule the execution, login, execute, inform those tools on how to throttle, handle errors, provide visibility into their actions, and more. It’s very common in companies of scale to have dedicated DBA or Ops teams who execute schema changes manually. These teams can spend hours per week or even per day by just handling the operational overhead of schema migrations.

For developers, this is a loss of ownership. While they own the idea of adding a column to some table, they need to request assistance from external teams, and often wait without much visibility into the state of progress. This breaks their flow. Perhaps one of the greatest appeals of NoSQL databases is that they don’t impose this level of constraint over a developer’s flow.

And for DBAs, schema migrations are a burden. An unexpected interruption from some developer to their own flow of work. 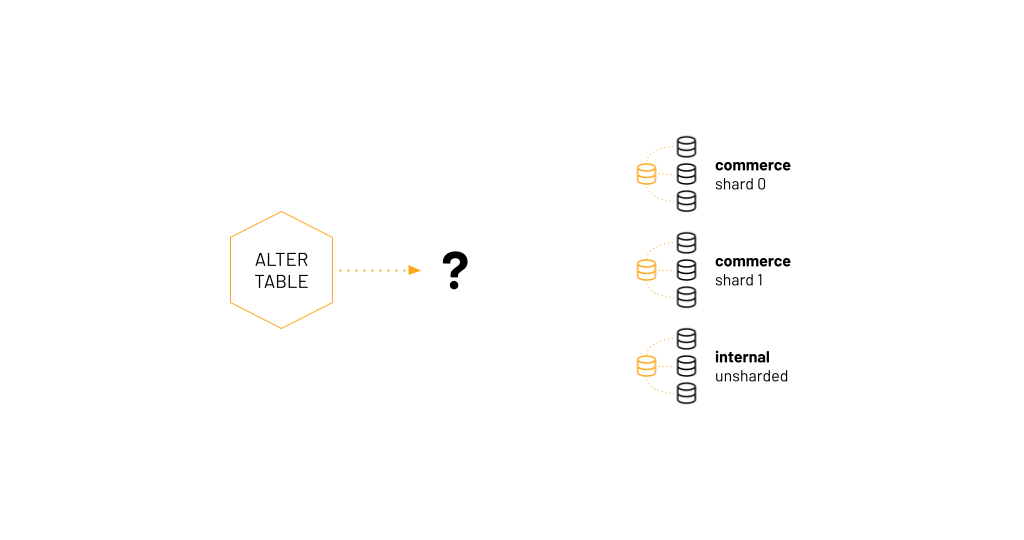 With multiple clusters in production, some of which are sharded, what is the discovery mechanism for identifying the correct clusters, and those clusters' primaries, for applying schema changes?

Where Vitess fits in #

Vitess’s architecture puts it in a unique position to address the majority of the schema migration flow. For example: 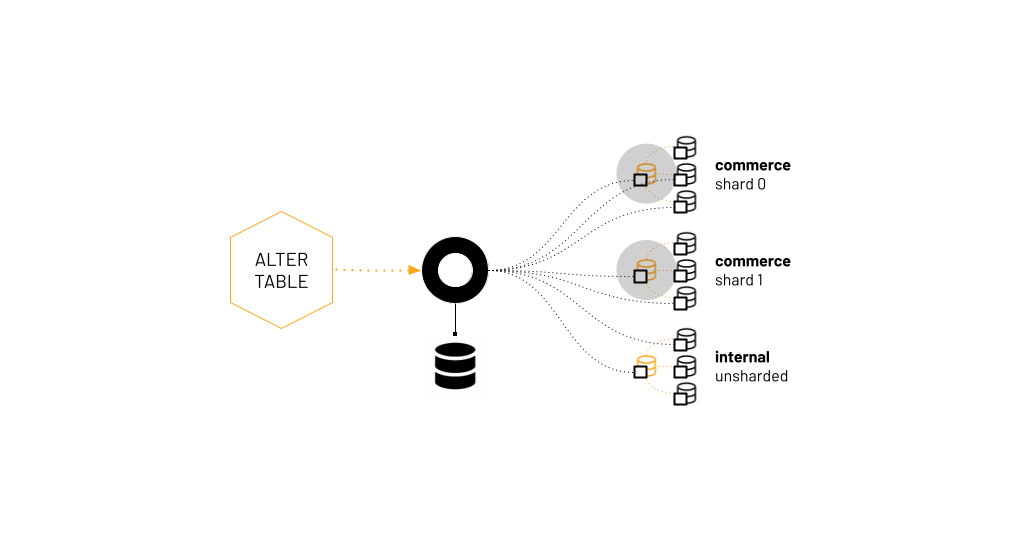 Vitess knows where schemas are deployed, what shards exist, who the primaries are at any given time, and can apply DDLs on the correct database servers without user’s intervention.

The objective in developing Vitess’s online DDL was to hide all that complexity from the user as much as possible. To that effect, all the user needs to run is:

The ALTER TABLE statement itself is completely normal, but responds differently. It returns instantly, with a job ID with which the user can track the migration’s progress. The user may choose between a gh-ost strategy, pt-osc strategy, or plain direct strategy (not an online DDL).

Where do we go from here? #

There are many ways to proceed, short term and long term. Eventually, we’d want online DDL to work seamlessly across a resharding process. Also, it could work across a planned or unplanned reparent.

Online DDL is labeled experimental as we collect user feedback.

Online DDL is not limited to ALTER TABLE statements. DROP TABLE statements suffer from locking issues, too. In a next blog post we will drill down into Vitess’s table lifecycle, a garbage collector for unused tables.